I really wanted some Z-Bend Pliers but the shipping was going to be expensive. So I had a look at my wishlist and ended up wtih a Rocksta 1/24 AWS Crawler and a battery or two. 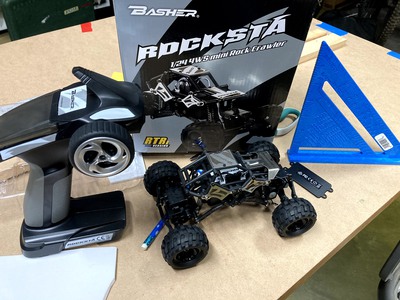 I figured it’d be a little bit of fun to play with, but when I took it to the rocks near where we fly and some friends had already built a little course it was SO MUCH fun. I honestly thought it’d be a little nerdy fun for a few minutes, but I was engrossed in trying to get my little car over some tough terrain. I was impressed with what it could drive over and the option to change how the 4 wheel steering behaved made it even more interesting. The fact we all had the same car meant that it was an almost even playing field. They had after market tires so that was a common excuse for success or failure. Of course my FPV obsessed flying friends had put cameras on their crawlers. I had a small 25mw camera and transmitter so decided to try and set it up too. My first attempt is above, the camera is moved by a little rod attached to the steering. It didn’t end up working too well, but it was a good first simple attempt. I glued a Lego brick to the bottom of my camera so I could easily mount it in different places and even use lego blocks to change the angle it was viewing at. 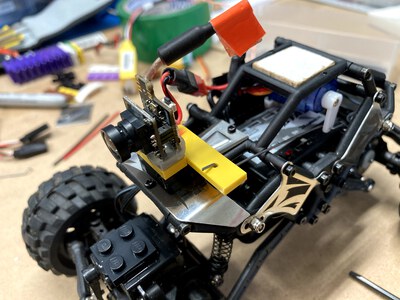 The second attempt was more like my friends’ I mounted a servo under the roof and had a control rod that moved the camera which was on a little lego 2x2 turntable. It worked great! 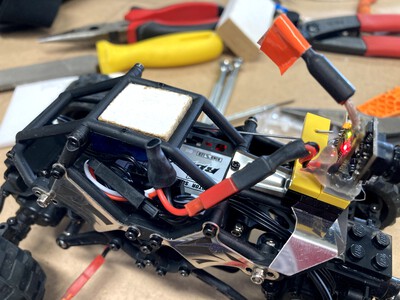 For the wiring I just spliced into the steering channel. I even powered the camera from the same servo power. I’ve since learned this is a BAD idea and people have blown their control boards doing this. So I intend to replace the wiring and only splice the signal from the steering servo and get all my power via a BEC connected to the battery balance connector. 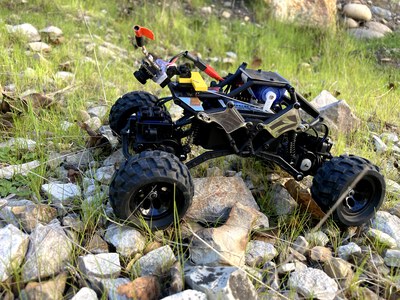 I even added a lego hinge and was able to tilt the camera up or down so I could see the wheels. I can use this with my cheap FPV setup and it’ll be like I’m in the car!

Hopefully you can see the hood cam and tilted video above.

It says the protocol used by the transmitter is AFHDS 2A which is the same as the Flysky transmitter I used with my planes. I was really hoping I could use that rather than the trigger/wheel controller it came with but I was unable to bind the two.

The Z-Bend pliers are great by the way, well worth it.